What is female alopecia?

Female alopecia is hair loss that affects women. There are different types and causes of hair loss, being that women go through multiple changes and situations throughout their lives which directly affect the health of their hair.

It affects up to 40% of women in their 50s, beginning when women notice thinning of their hair, more hair loss in the shower, on the brush, and on the pillow when they wake up in the morning.

Unlike men who suffer from male pattern hair loss, the signs and symptoms in women are more pronounced, women with androgenic alopecia hair loss will notice thinning of the hair in the central and upper part of the scalp, which will cause a widening of the top central part of the head and may also affect the frontal hairline.

What is the classification of female hair loss?

The common pattern of female hair loss caused by genetics is classified by the degree of thinning.

The good news about female pattern hair loss is that it rarely or never leads to complete baldness as it does in men.

What is the classification of female hair loss?

The common pattern of female hair loss caused by genetics is classified by the degree of thinning.

The good news about female pattern hair loss is that it rarely or never leads to complete baldness as it does in men.

What are the types of alopecia in women?

The most common are:

Is a genetic condition that can affect both men and women. Men with this condition can begin suffering hair loss as early as their teens or early 20s. It’s characterized by a receding hairline and gradual disappearance of hair from the crown and frontal scalp.

Women with androgenetic alopecia do not always follow a recognisable pattern, but may see a widening of part of the scalp, general thinning or patchy hair loss.

Is a common autoimmune disorder that often results in unpredictable hair loss. It occurs when the immune system attacks and mistakenly destroys healthy hair follicles. It can be identified quickly due to the shape of baldness, which is most often seen as coin sized patches.

There are different forms of alopecia areata which are:

Alopecia totalis: Is an autoimmune disorder which causes the complete hair loss from the scalp.

Alopecia universalisIs a medical condition which involves the total loss of body and scalp hair. It is the most advanced form of alopecia areata.

Ophiasis: Is a form of alopecia areata which occurs in the shape of a wave at the circumference of the head. .

It is the sudden shedding of hair that arises during the anagen or growth phase of the hair cycle. It can be caused by radiation therapy to the head and systemic chemotherapy. It is usually reversible and if so, hair grows back in 1-3 months, although in some cases hair loss may be permanent.

Is a rare condition in which there is little or no hair growth on the head, including the eyebrows and eyelashes or other areas on the body where hair normally grows. This medical condition occurs from the moment of birth and is believed to be caused by a genetic deviation during fetal development.

It is an inflammatory disorder of the hair follicles in the scalp usually due to a bacterial infection. This condition is characterised by small, very itchy pustules on the scalp, often most troublesome on the frontal hairline and looks like acne. In the early stages, there may still be hair in the follicle, but as the condition progresses, it will fall out.

Is a temporary hair thinning on the scalp that occurs because of changes in the growth cycle of hair. A large number of hairs enter the telogen phase of hair growth also known as the resting phase at the same time, causing hair shedding and thinning. This condition is usually due to an intense external factor, such as physical trauma, surgery, serious illness, or other acute stressors. In many cases this condition is temporary and reversible.

Is hair loss caused by repeatedly pulling on your hair. Repeated use of tight ponytails, buns, or braids, can cause traction alopecia especially if the use of chemicals or heat are used as well. This condition usually occurs near the temples or along the hairline.

It is a defect in the hair shaft characterized by thickening or weak points (nodes) that cause hair to break off easily, leading to the appearance of hair thinning, uneven hair loss, lack of growth, and damaged looking hair. The condition can be triggered by harsh styling practices such as excessive use of chemicals and heat styling tools.

Also referred to as hair-pulling disorder is an impulse control disorder that involves recurrent, irresistible urges to pull hair from the scalp, eyebrows, eyelids, and other areas of the body.

What are the causes of female alopecia?

Androgenic alopecia in women is genetically inherited and occurs by an interaction between hair follicles and androgens or hormones present in the body. When this occurs the hair weakens and thins out in a way that if not treated on time it can be lost permanently.

Hormones: Hormonal changes can cause hair loss. For women, especially those who are going through or have already experienced menopause, the likelihood of hair loss is much higher. A hormonal imbalance can accelerate the process considerably, which is why it is recommended to get a detailed blood exam to measure the hormone levels in general.

Genetics: Plays a fundamental role in hair loss, being that if someone else in your family, such as your mother, father or grandmother, suffers from hair loss, you are more likely to develop the condition.

In particular, changes in androgen levels (male hormones such as DHT) are responsible not only for hair loss on a woman's head, but also for an increase and thickness of hair on other parts of her body.
Hairloss in women can occur during:

Another cause of hair loss in women is the beginning or ending of contraceptive treatments, as it also influences the hormonal balance that is produced in the body.

How do I know if I have androgenic alopecia?

It is important to evaluate the conditions of our scalp in terms of loss of density, thinning of the hair, or if there are currently empty or thinning areas that previously had hair. An aggressive fall can occur where there is empty skin or low density in areas such as the frontal hairline and central part of the scalp. 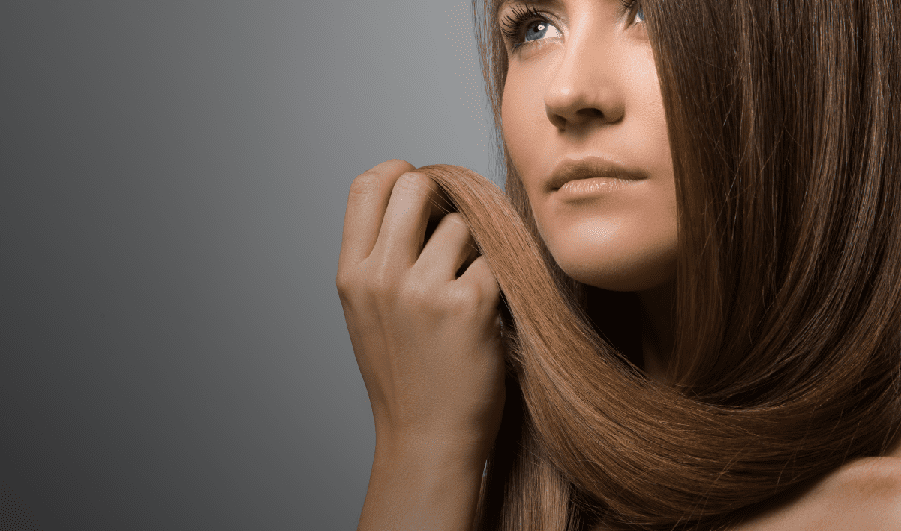 How do I know if I have androgenic alopecia?

It is important to evaluate the conditions of our scalp in terms of loss of density, thinning of the hair, or if there are currently empty or thinning areas that previously had hair. An aggressive fall can occur where there is empty skin or low density in areas such as the frontal hairline and central part of the scalp. 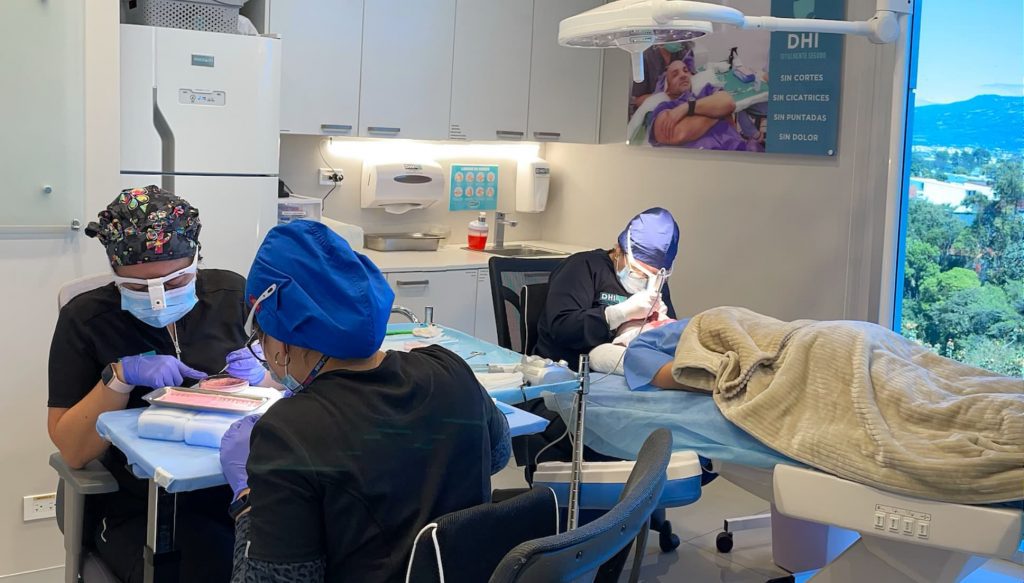 Yes, women can undergo hair restoration surgery as long as their donor area permits it. Women who suffer from androgenetic alopecia or hair loss caused by scars from accidents, burns, or cosmetic procedures are often good candidates for hair transplant surgery as long as they have a good donor area, which is located in the back part of their head.

Hello! Click on one of our members below to chat on Whatsapp
Equipment usually responds within minutes.
DHI
Contact DHI